I've been playing around with strand knitting (aka fairisle) and have completed a test hat for the Blythes. Tiff had some ideas I couldn't resist, so I tried them out on the hat. :-) 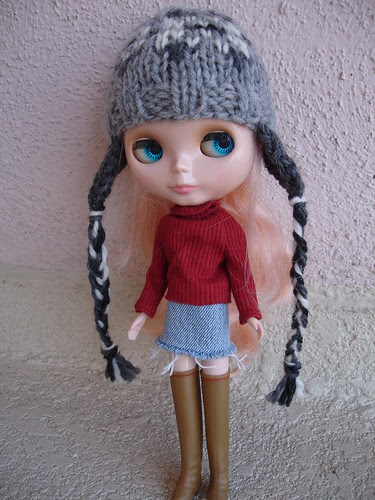 I like the braids, but think I made them a little too long. The weight of the braids isn't allowing the flaps to curl up, which I find to be one of the cutest details of the hat. I'll either make them shorter or leave them unbraided next time. The fairisle pattern was my own addition and I think needs some tweaking - I was shocked to find that the row after I finished the pattern, I needed to decrease already! So, I've adjusted it, taking two lines out of the pattern, which should work better for placement overall.

Here are some more pictures: 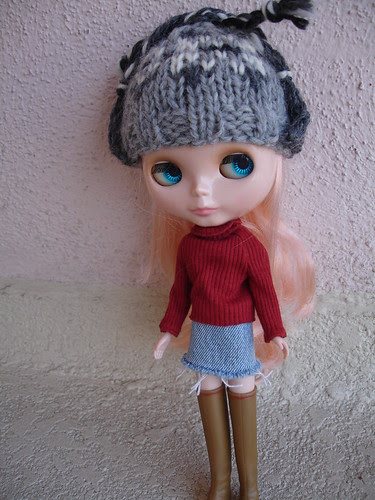 And tied under the chin (definitely needs a pom pom on top!): 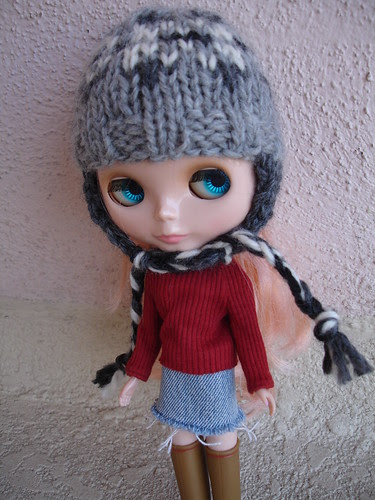 Oh, and if I don't post again today - hope everyone has a safe and happy new year!
Posted by Paula K at 12:11 PM No comments: